It’s Sunday afternoon here at Majestic View Bed and Breakfast. I have dropped off Maria’s friends Veronica and Reade for some kayaking (across the bay) and wasn’t due to pick them up for a few hours. While anchored up fishing for halibut with my wife, Maria noticed me putting a handful in my mouth, and said “what’s that”, so I offered her some sunflower seeds. She began with one, liked the flavor – I think, but wasn’t sure what to do with the sunflower seed. Hey folks, my wife has lead a sheltered life I guess. For my son Ben and I – we don’t do fishing or hunting or a road trip without a good supply of seeds. Meanwhile, I’m telling Maria to crack the shell and find the seed. I think she’s just chewing it up, and then can’t spit the grit out because it’s stuck everywhere in her mouth. Finally, I get her to just split the shell neatly into two halves and enjoy the seed, lick out the salt and bbq flavor and spit. But since she was upwind, most of her attempts were landing squarely in my face, along with too much spray, even for me. A professional seed spitter sends their shells up into the wind with minimal effort, getting them out of the boat, and not peppering his or her comrades with seed hulls or spittle. She was trying, I’ll give her that – but watching her body convulse trying to launch that seed out of the boat was wearing me out. The noise was atrocious. And, she was reaching into the bag and getting them one at a time. Completely unacceptable! When it came my turn, I put in a big handful, packed them into my left cheek like a chipmunk, and proceeded to work them in one at a time with proficiency. That’s when Maria gave up. After picking up the kayakers, we proceeded to Gull Island Bird Sanctuary, where we viewed Kittiwakes, Herring Gulls, thousands of Common Murre’s, Guillimots, both mature and immature Bald Eagles, a chubby Harbor Seal, and several sleepy otters. We even saw a few tufted puffins. When eagles soar, thousands of gulls flush from the island, upset by the disturbance, and I’m sure fearful for their lives and eggs, pooping as they go. And walla – none of us were even shat upon! We decided to take our good fortune and make a run for Halibut Cove, where there is some interesting dwellings up on stilts, fabulous mansions and lowly shacks, both. I also know that there’s a restaurant with a restroom, and females who have been in the boat for a while always dig that. At the entrance to the cove, there was a young british lady running a boat which had not been plugged. She was sinking, and she was in a panic. The dude in the front of the boat seemed not too upset, but she was highly agitated, screaming expletives every other word, and not knowing what to do. Being a therapist, I thought it my duty to come alongside, calm her down, and tell her what to do as I drove beside her until we reached the restaurant docks. There, they assured me that the restaurant would give us a free drink for helping them out – so the bait had been set. A restroom visit was slowly morphing into something additional. We mounted the steep stairway to the restaurant; it was low tide. The girls decided they were in the mood to eat, so we enjoyed a drink while studying the menu. “The Saltry” is a gourmet restaurant in Halibut Cove, where tourists dress up to go across the bay for a night of fine dining. Sometimes locals like us arrive in many layers, hats and gloves (it was 40 some degrees), and me, in my long, green bibs and rain gear and “Extratuff” rubber boots (which are a fashion statement around here btw, as young people where them to church, school, and even dance in them at the local bar). We weren’t dressed for the occasion, but hey, this is Alaska, where you can get away with almost anything. I had a drink of hot chocolate and brandy covered in cream and chocolate bits, which would have been $12, but was “on the house” because we paused to help a boat that was sinking at the mouth of the cove. “Thanks for helping our friends” they said; “the first round is on us!” Next, I tried to read the menu. I couldn’t understand a damn word except the fish ones – cod, halibut, and salmon. Maria and her friends seemed to be dong fine though, pronouncing “ceviche, dash, and togarashi crisp” – words I didn’t understand that needed some interpretation. I felt like a complete noob – just like Maria with her seeds, but perhaps the Lord was up for teaching me some humility, and you know what, turn about is fair play. I chose the Black Cod something, something – which was a small helping of fish on top of white beans in a sauce that had pickled mushrooms which I definitely liked! So I got to go fishing, we had a gourmet meal dressed in fishing garb, and Maria and I both learned something new. Interesting date night in Homer, Alaska. 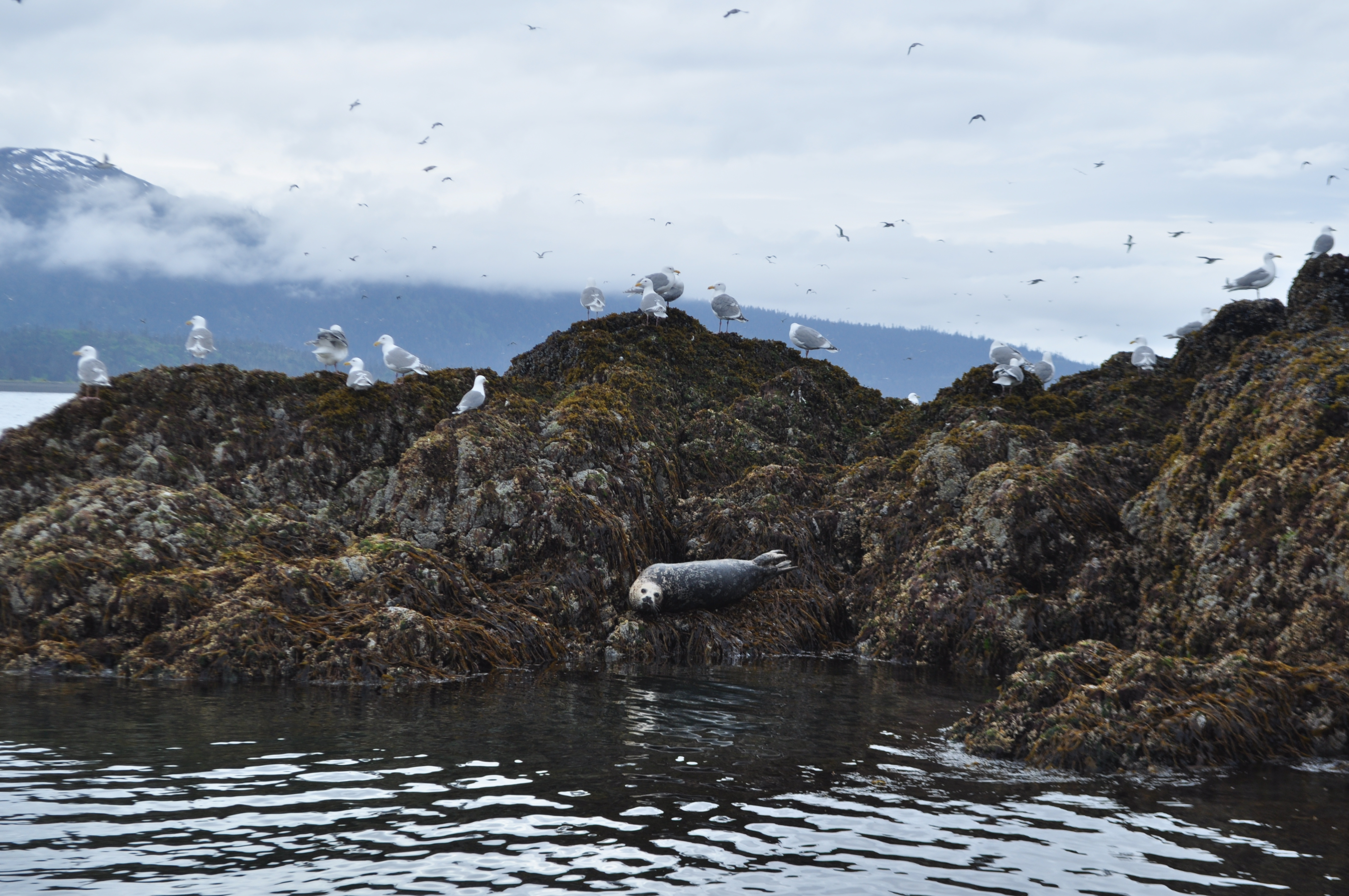 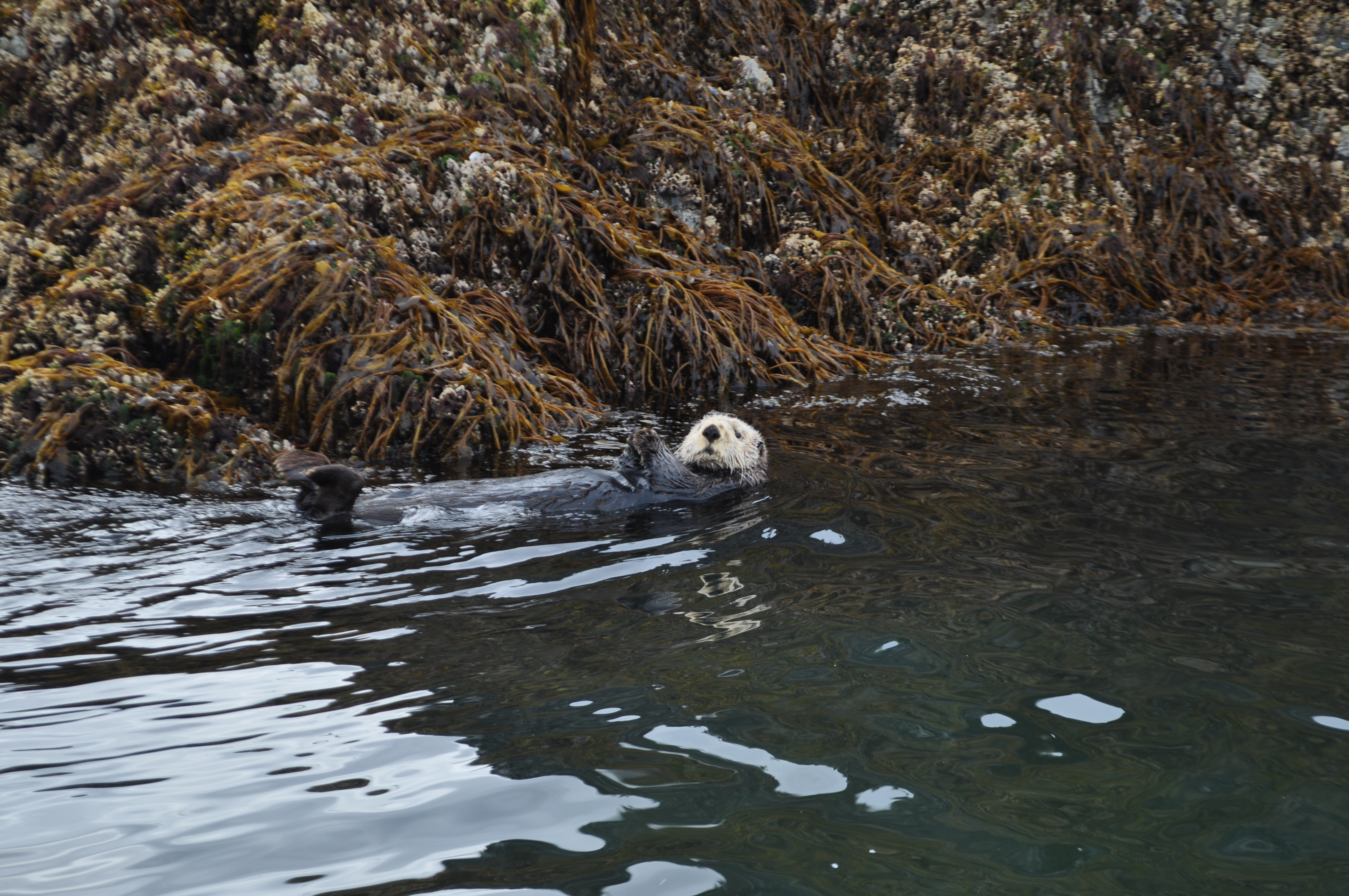 1 thought on “Date Night: Teaching My Wife Maria How To “Do Sunflower Seeds” On A Majestic View Adventure.”