Sometimes I have just a couple of hours to fish – like today. I started with staining the big deck, but slipped down to the local “fishing hole” to give it my best shot for a couple of hours around high tide. I did the same thing yesterday, and failed. There were about 50 people fishing; I saw 6 fish caught, but I wasn’t one of the lucky ones. Today, I saw three fish caught, and I was fortunate enough to catch two of them. King Salmon are starting to come into the fishing hole. There are not great numbers – but there are enough to fish for. They are a fickle creature, kind of like the musky. One day they turn their nose up at everything but mackerel. The next day they want herring. Next day, an orange spinner. Next day, a blue and pink spinner. You go down and take your best shot, and let the chips fall. I usually just commit to the blue and pink, and get as many casts in as I can in a two or three hour stretch. That’s what has worked best for me, anyway. I’d rather do that than watch a bobber, or troll for that matter. My first fish came after an hour of casting, when the tide was just beginning to drop. Sometimes the fish come through in schools, and when you bump them, you automatically set the hook, and snag them. Those fish, if landed, need to be released. But in this case, the fish had eaten my spinner, and after a good fight, the 9-10 pound King was mine. As the tide dropped, more and more fish were coming in, and were grouping up. Fish were bumping my line over and over, and causing my spinner blade to sputter. Finally, I felt a sharp strike, and set the hook again. I could hear the other fishermen muttering “does he have another one? Really?” This one fought for a long, long time – and I thought for sure he was snagged. But eventually I brought the fish close enough to the shore to see that it was a real dandy, and it had the treble hook of my spinner lodged firmly in the corner of the mouth – right where you want it. Once I got the fish beached, I quickly grabbed it by the tail and put it down with a big rock. A friend I had been talking to offered to weigh it, and it came out just under 20 pounds. That’s probably the biggest King I have ever caught. Guest who come to Majestic View Bed and Breakfast can fish King Salmon off shore in the fishing hole, just like I did, until the beginning of July. Some see us, get a great breakfast, a good nights sleep, enjoy the view, and catch a big one! 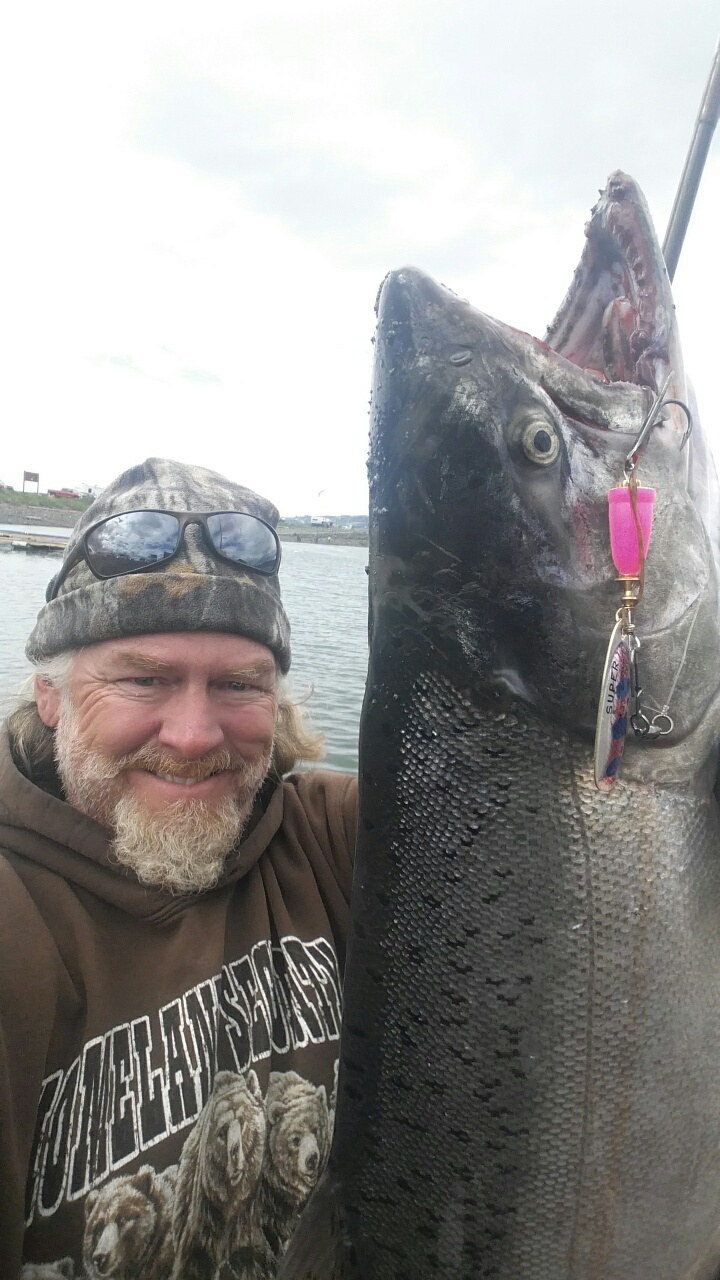 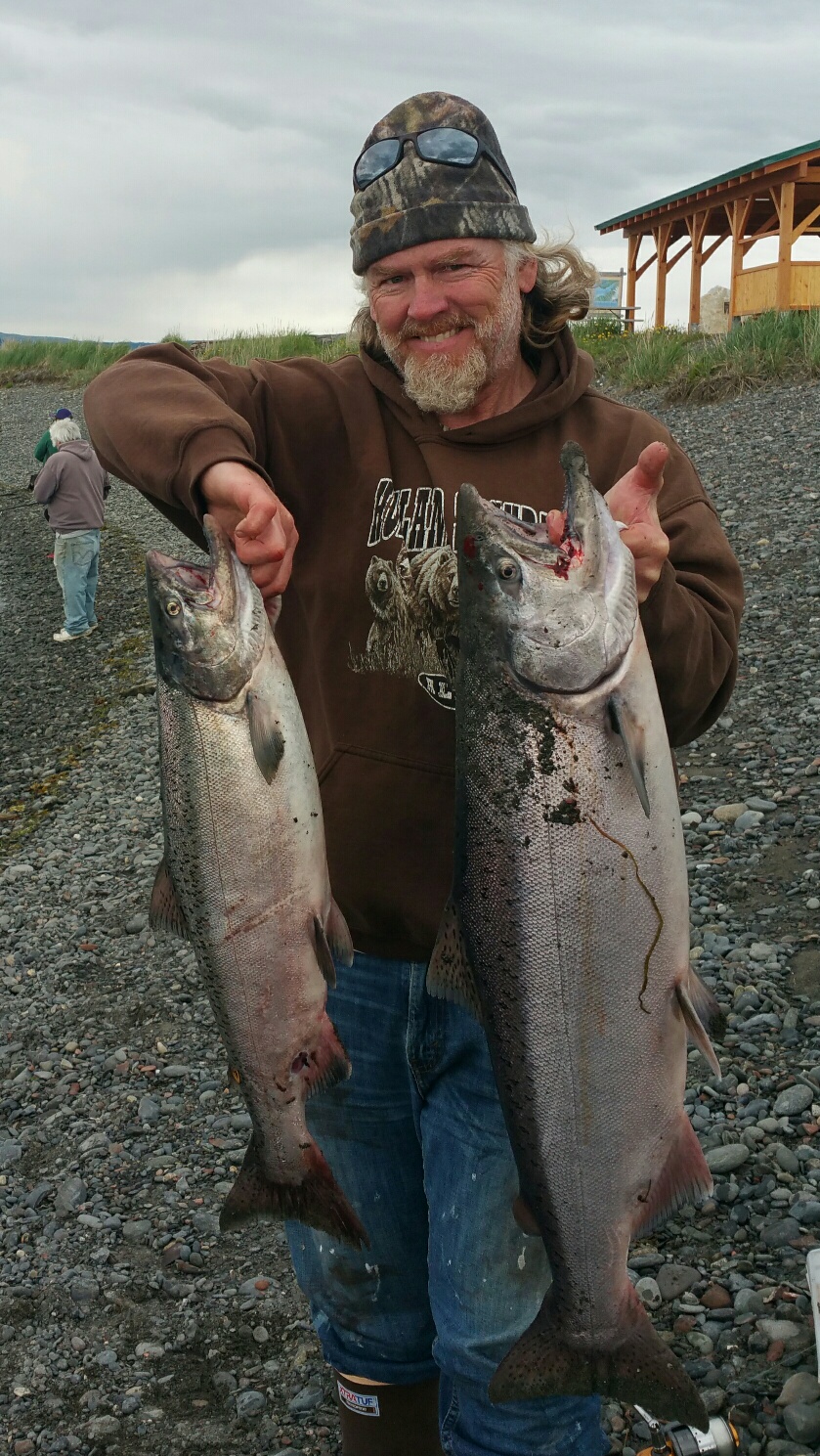