Everything is new and exciting for those of you that go out with me on K-Bay for the first time – but keep in mind that if I am taking you for a tour of Gull Island, I have already done that dozens of times this year. Don’t get me wrong – I still enjoy seeing the smiles on peoples faces, and the wonder at seeing upwards of 20,000 birds of various species, smelling the bird guano, and hearing the simultaneous shrieks of thousands all at once, BUT, I am forever looking for new ways to present the place too: new ways to keep myself entertained. I’ve got to stay interested and “present in the game” as well.  Something like this takes the right timing, the right tide, the right guests. Adventurous guests that are “gamers” are always appreciated, and I had them last night. Brett, Melanie and Nicola came in late to our B & B, obviously eager to go out with me. My trips are usually in the morning, but this family was only with Maria and I for the night, and had to leave early the next morning. Their only chance to accept my invitation to go out on the bay was from 7pm to 11pm. I invite these changes. The PM light casts a different perspective on the landscape. I like the lighting on the mountains, the trees, and especially, the water. Leaving the harbor was much windier than it was for my AM trip, and with Nicola gracing the bow of my boat like Kate Winslet did in the movie Titanic, I had to take it somewhat slow 🙂 We got over there in one piece – but it was rocking and rolling around the Island. For those of you from the lower 48 who have only captained a boat on fresh water, this being in heavy salt water seas is complicated very much by the landscape; any captain needs to take into account how points and islands will affect the water movements. This comes from experience, and nothing else. Gull Island is a massive upheaval of rock in the middle of deep water. When the wind is coming into the bay from the west, and the tide water is going out of the bay from the east, the waters around the west side of the island become a cauldron of twisting and churning waves that seem to be going in every direction. It tends to throw a small boat around a bit, and like I tell people that go with me, you better be ready to feel the wind in your face, and the salt on your lips! The Baker family was enjoying all the birds – tufted puffins, horned puffins, kittiwakes and their brand new fuzzy chicks, common murres, herring gulls, pigeon guillimots – along with the somewhat domesticated sea otters that inhabit the rocks and kelp beds of Gull Island. And me? Somehow, I feel it’s my job to get people as close as I can without hitting rocks, because that’s what I like the most. It’s always been that way for me. But when your boat is heaving up and down beside jagged rocks, and with rocks underneath, it becomes a little tricky (this also keeps me entertained). At times, we were almost within arms reach of some of these nesting birds. In one place, I like to stick the bow of my boat into a deep crevice – where cormorants, murres, and kittiwakes like to nest and perch. I’ve read the rules. The island is owned by Seldovia Native Corporation, and you cannot set foot on this island unless you have a research permit. So we don’t! But we get close. Back to the title of today’s blog. On the east side of the island – there are two large rock archways. One is higher, and one is set lower to the water. At low tide, it is way up above the water line, and people like to take pictures of the strange rock formation with all of the birds standing on it. But me? I wonder if someday, I would be able to drive my boat through it. I’ve been watching this particular archway for five years, and like I said, it takes the right timing. I need to be there at high tide, during a large tide cycle. I knew I would need at least a 18-20 foot tide swing, slack tide, and some guest that were game. It all came together last night around 8:00 pm, when the Baker’s and I drove my boat through the northeastern most archway of the Gull Island complex – and might I add, without touching a single rock. Some think my boat is too small – but hey, you can’t do stuff like this with a bigger boat! Nicola, who was super fun to have in the boat – took a short video at my bidding. Please like, share, comment, follow, and enjoy! The night I had on the water with the Bakers’ was spectacular – and there is just too much good stuff to share in one post, so I decided to slice it up into sections. Stay tuned for stories about Orcas, Humpbacks, awe-inspiring sunsets, and some fun fishing too! 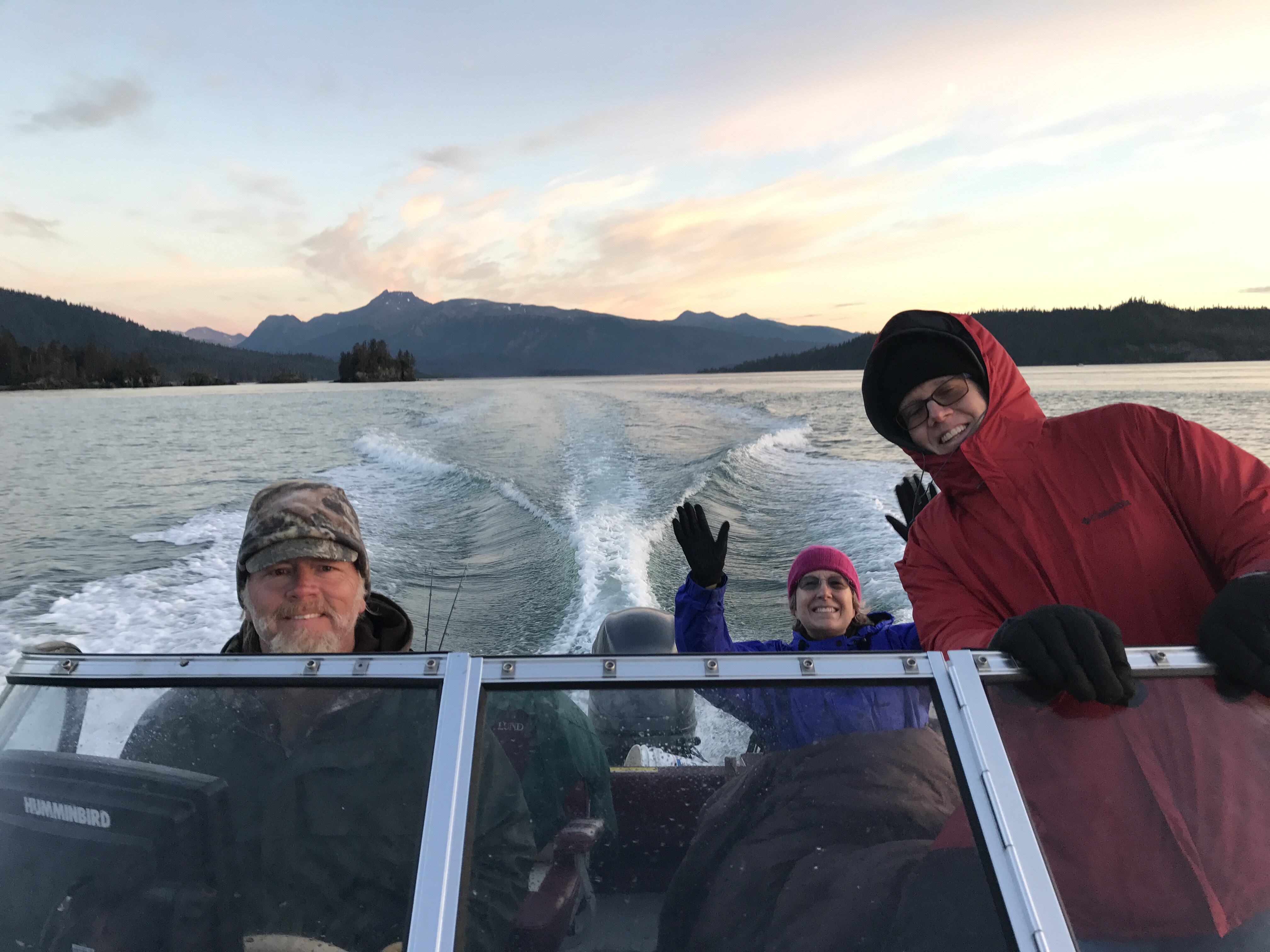 Click on the blue video link to your right. Video-2